This lesson we will learn how to control two LED light to become breathing light with the tiny -bit microbit robot.

1.The position of the LED lights in the robot car, as shown below. 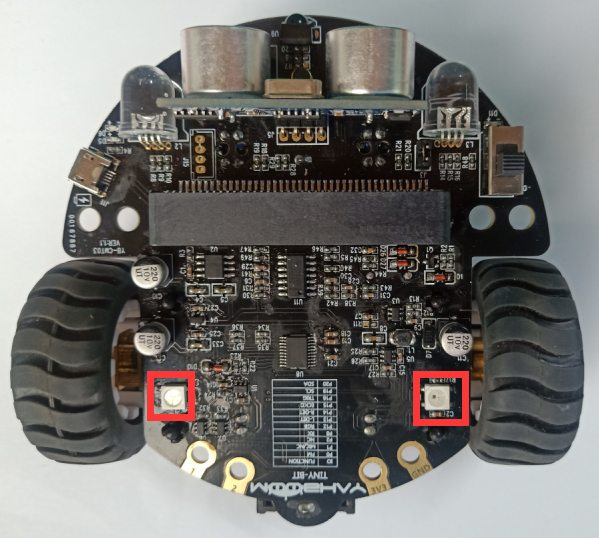 2. The micro:bit pins connected to the two LED lights.

From the hardware interface manual, we can know that two LED lights are directly driven by P12 of micro:bit .

# Two RGB light of Tiny-bit connect to Pin 12 of micro:bit

# RGB lights are changed gradually from light to dark

# RGB lights are changed gradually from dark to light

1.1.You should open the Mu software, and enter the code in the edit window, , as shown in Figure3-1. 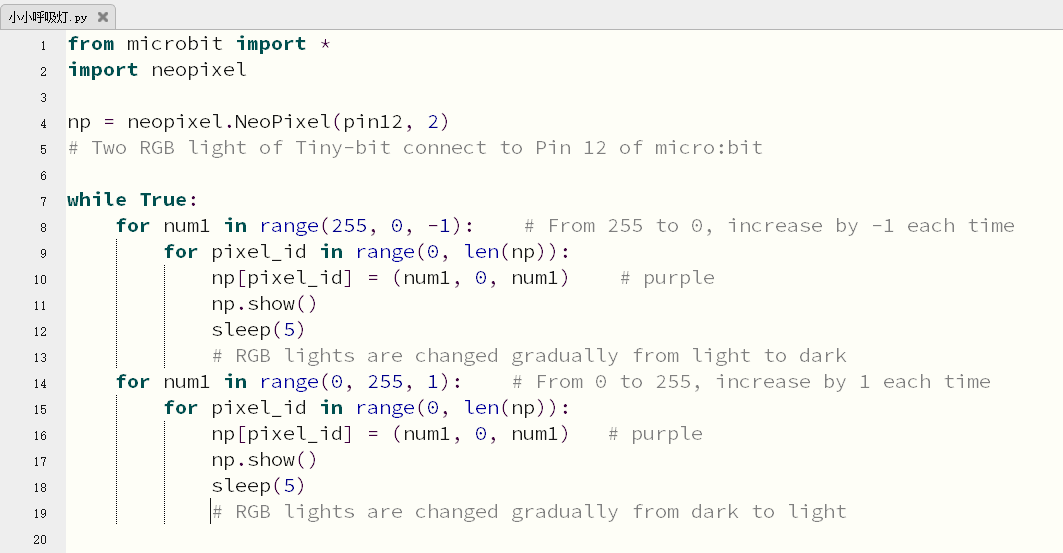 2.As shown in Figure 3-2, you need to click the Check button to check if our code has an error. If a line appears with a cursor or an underscore, the program indicating this line is wrong. 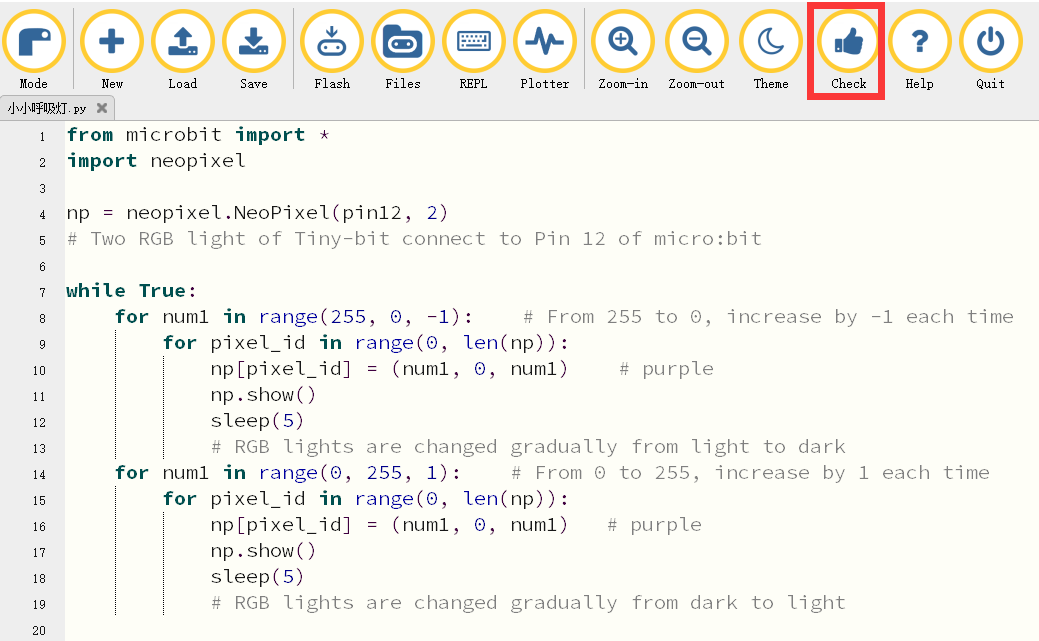 3.You need to connect the micro data cable to micro:bit and the computer, then click the Flash button to download the program to micro:bit as shown in Figure 3-3. 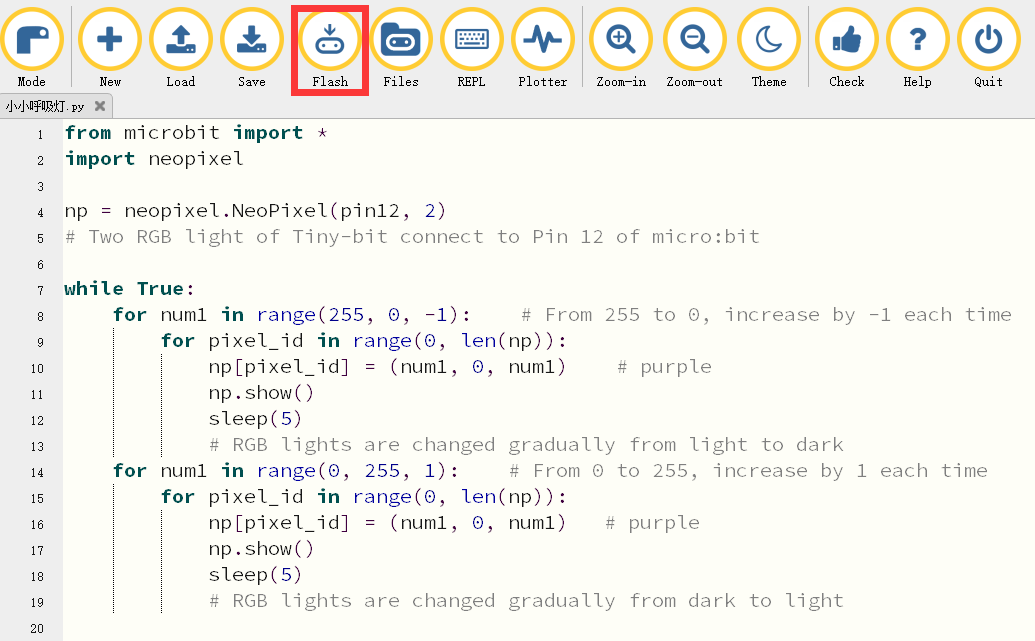 4.After the download is successful,we can see the purple LED lights on the Tiny-bit car from on tooff, from off to on, to achieve the effect of breathing lights. 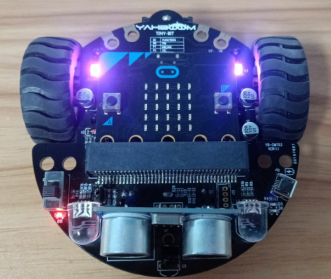 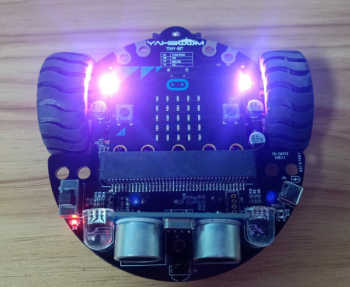 The code of the experiment: 3.Breathing light.zip