1-1.The position of the motor in the robot car

1-2. Learn how to control motion state of robot car by  graphically programming 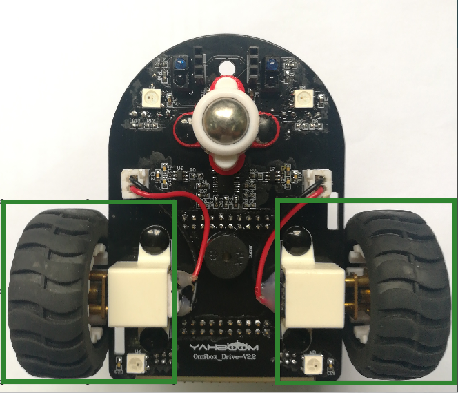 As shown in the figure above, we circled the red wire frame with the motor and wheel, and we can use it  by programming.

In this lesson, we will learn the use of Robot sport building blocks to control the speed of the robot car by programming. 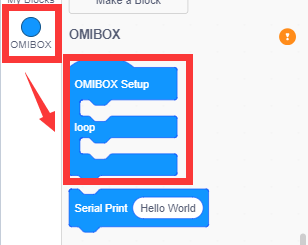 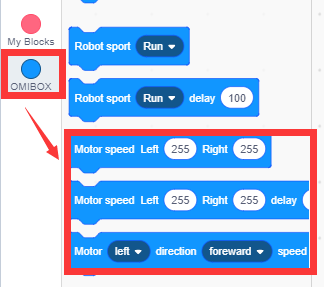 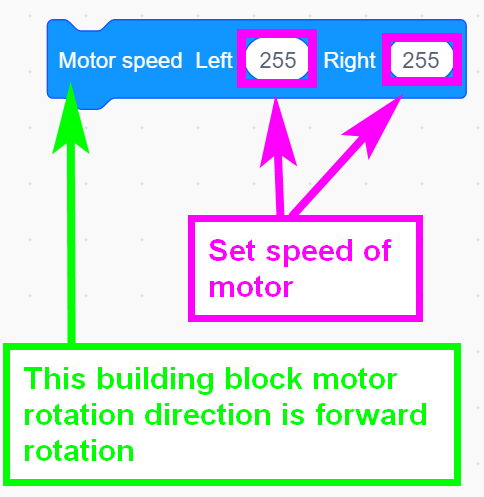 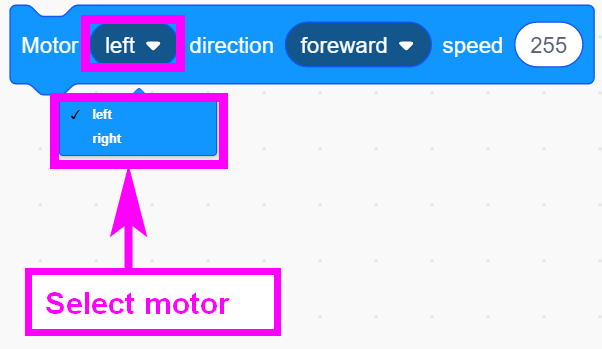 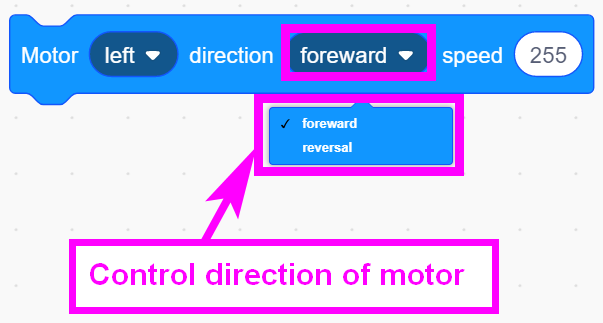 After the program is uploaded, open the power of the car and the car will advance at different speeds. As shown below.

The code of the experiment: 8.Adjust speed.rar