1-1.The position of the Voice sensor on the robot car

1-2.Learn about the Arduino board pins connected to the Voice sensor of Omibox programmable robot 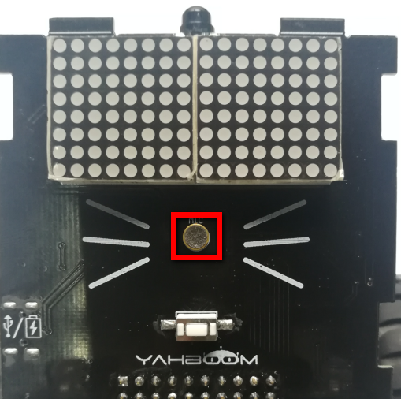 As shown in the above picture, we circled the voice sensor with a red wire frame.

According to the hardware quick manual, we can see that the Voice sensor is connected to the A7 of the Arduino. 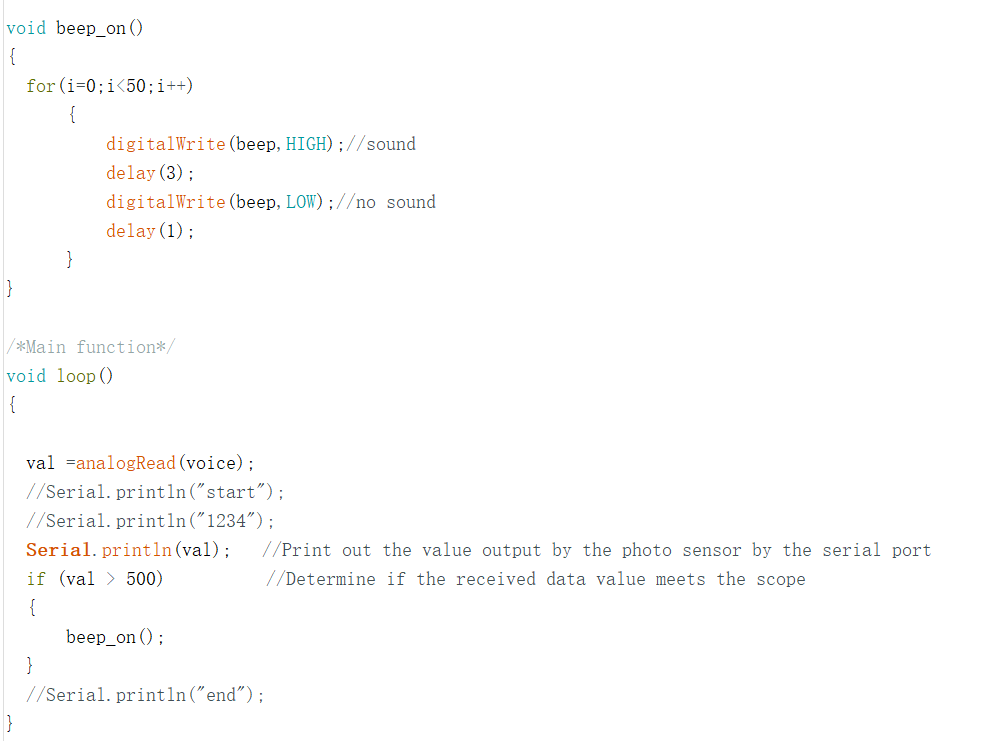 1.We need to open the code of this experiment: Voice.ino, click“√” under the menu bar to compile the code, and wait for the word "Done compiling " in the lower right corner, as shown in the figure below. 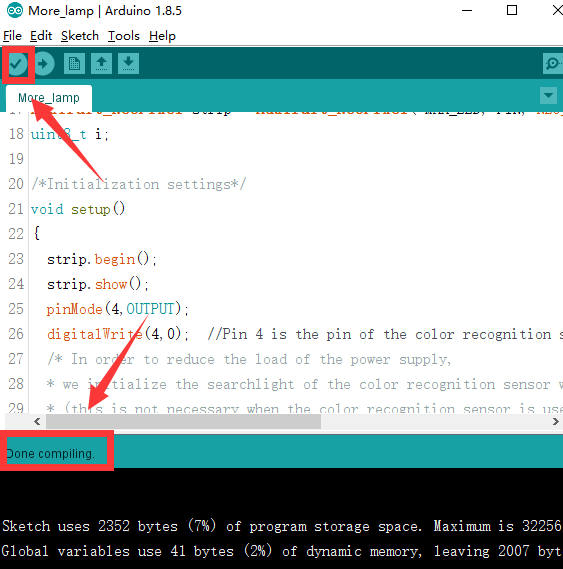 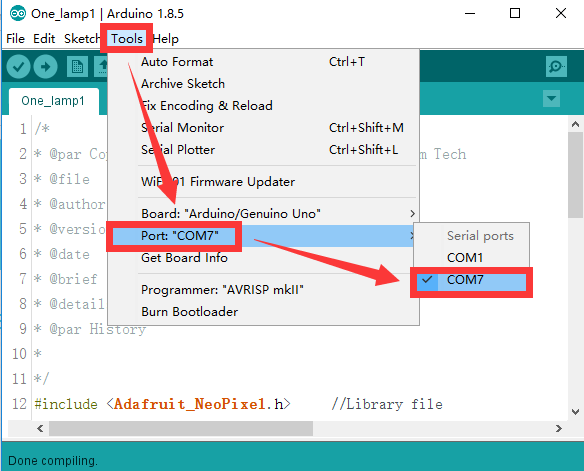 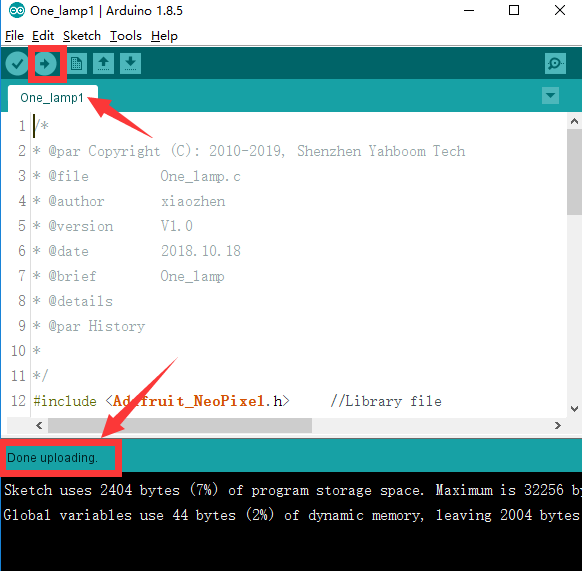 After the program is uploaded, open the power of the car. When we take a breath at the sound sensor of the Omibox robot car, the buzzer will sound.

!!!Note:The experiment needs to be done in a quiet environment. If the experimental effect is not good, you can adjust the threshold of the sound sensor.

The code of the experiment: 8.Voice.rar