As shown in the figure below, it is the GPIO port table on the Jetson Nano of the main control board used by Jetbot. Its GPIO port is the same as the Raspberry Pi interface. Its driver file and its usage method are all related to the Raspberry Pi GPIO port.

But when we program, the BCM code number is generally used, as shown in the following figure: 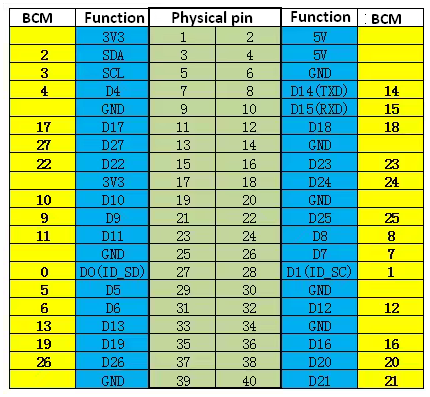 The interface pin diagram used by the Jetbot robot car expansion board is shown below. 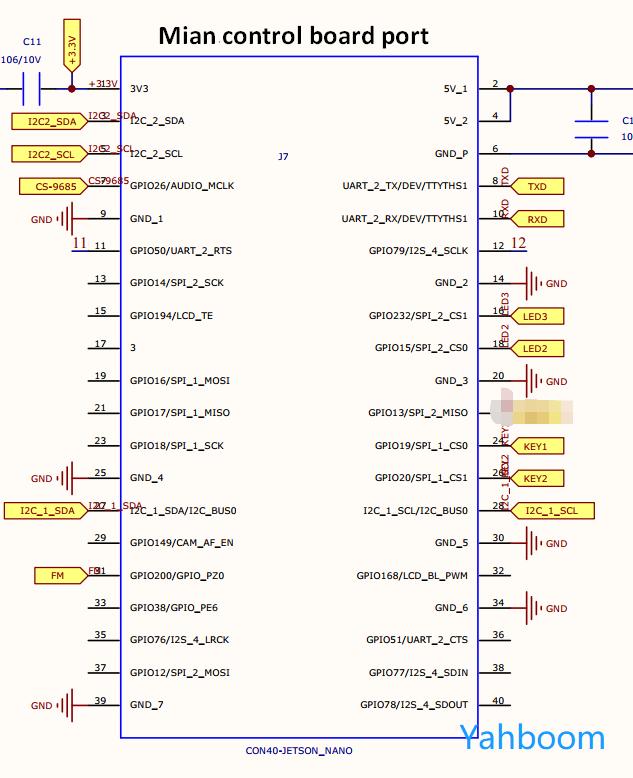 2.Light up On board LED 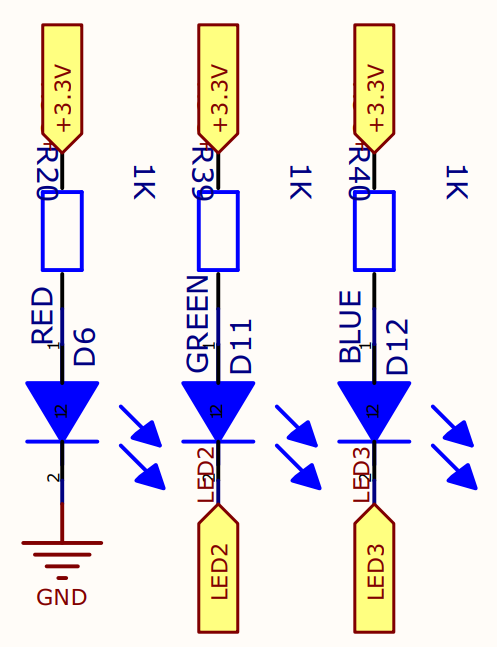 Jetson nano's GPIO port structure and Raspberry Pi GPIO port driver can be shared. The name of the called GPIO driver in Jetson nano is called RPi.GPIO or Jetson.GPIO. When we call Jetsbot's GPIO port with RPi. Both GPIO and Jetson.GPIO can successfully call the GPIO driver. 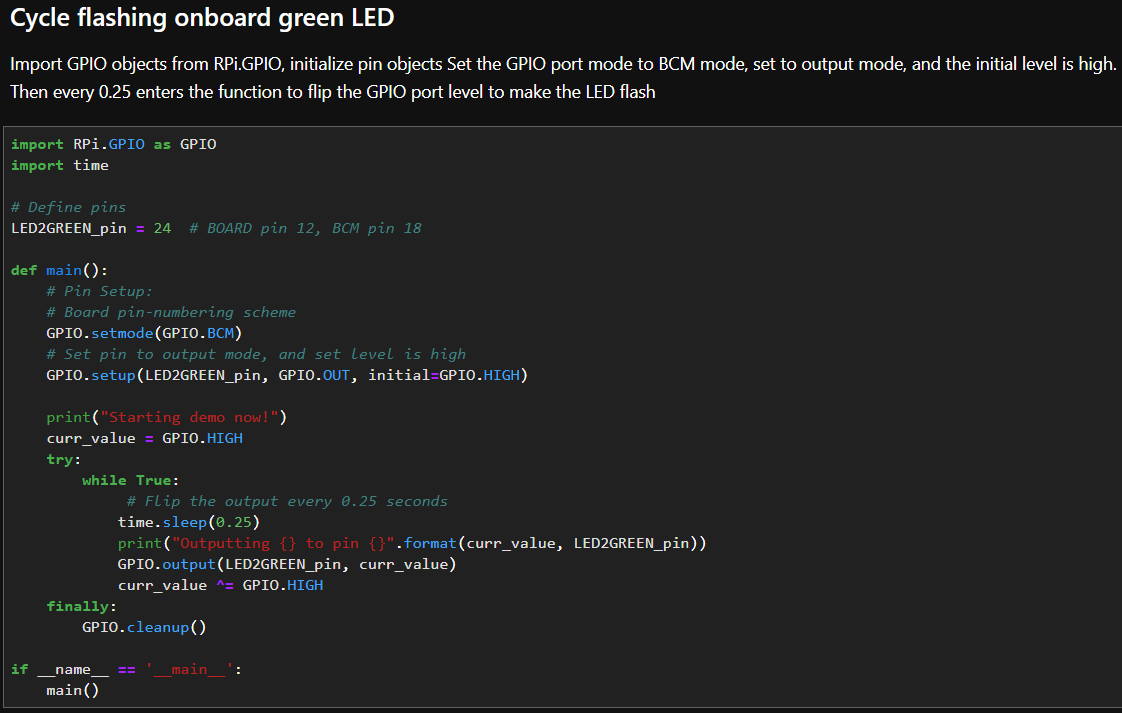 ③Set the initial level of the GPIO port

It can be seen from the schematic diagram that the GPIO port is turned on and the LED light is turned on. After executing the above code, we can see that the green onboard LED indicator will be displayed at a speed of 4 times per second and 2 times.

/home/jetbot/Notebook/3.Using of GPIO /1.Lighting onboard LED

The code of the point 【Lighting onboard blue LED】 is the same except that the GPIO port of the driver is different.

The use of the buttons on the Jetbot robot is different from the LED pins in that the GPIO is set to the input mode. 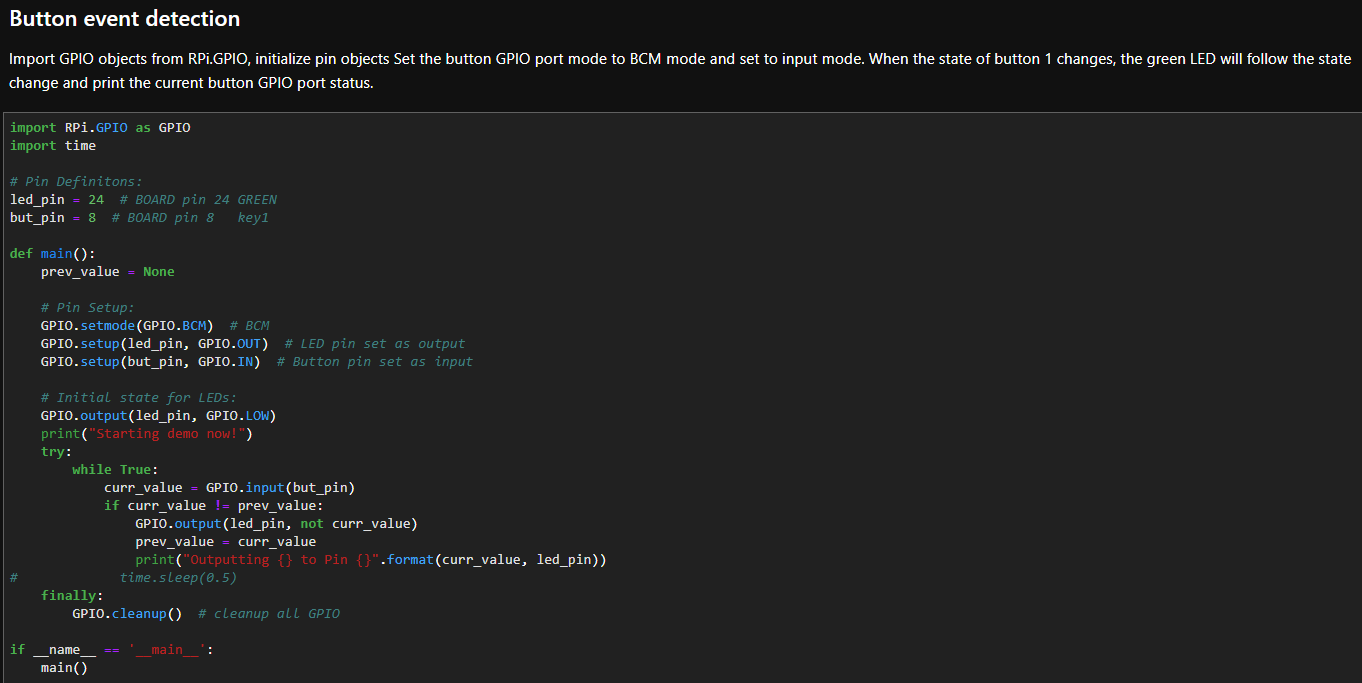 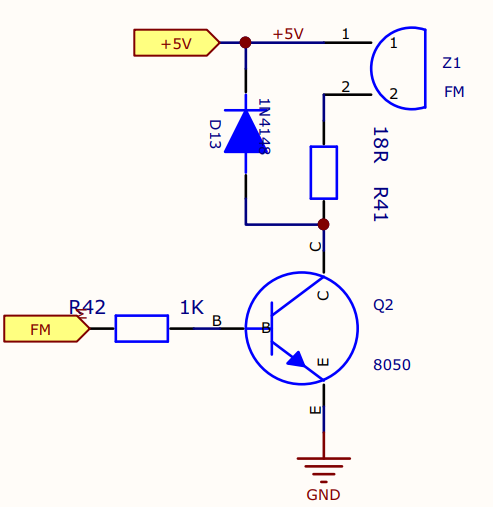 The edge buzzer circuit driven by the above-mentioned triode can know that the on-board indicator light is low level, and the level of the buzzer is turned on to turn on the triode, so that the buzzer sounds. 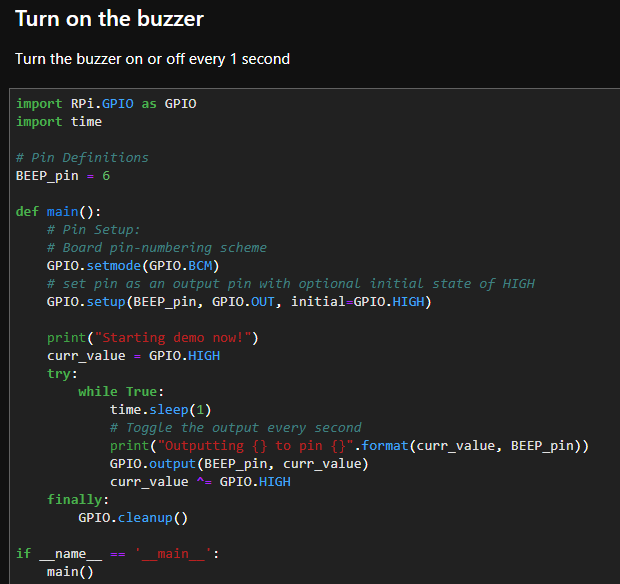 The phenomenon after the above code is executed is to turn the buzzer on or off every second.

After the above code is executed, the phenomenon is a fast whistle three times, that is, the prompt tone of the user after all the functions of the APP big program corresponding to our Jetbot are initialized.