The battery power query driver is also customized by Yahboom officially for Jetbot. We provide the matching Battery_Vol_Lib.py driver. Put the driver file in the same folder as the program we need to use it.

The hardware that implements this feature is designed on the hardware of the RGB programming light strip.

The initialization of the driver is done when we first create the RGB instance.

The driver is as follows: 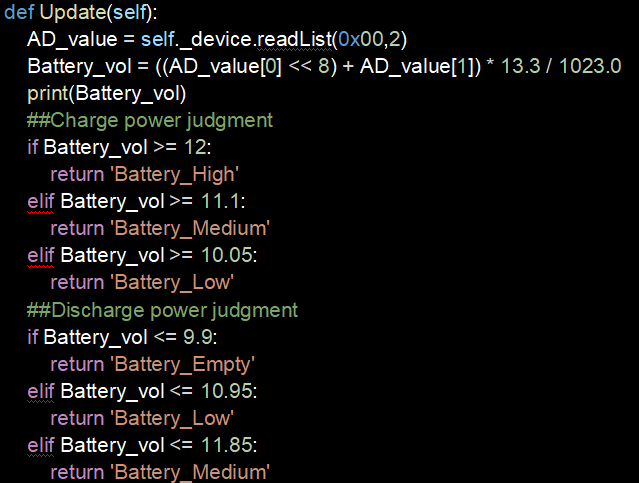 We can get the current battery status by simply calling the example method shown above.

In this course, we refreshed the displayed battery level in real time in the lower right corner of the OLED screen.

Before this, in order to avoid Jetbot's real-time refresh display, the stats.py program running by jetbot_stats.service and the program we are testing now use an I2C peripheral OLED screen at the same time and generate an exception conflict.

We need to stop refresh the operation of the OLED service at the Jetbot command console.

After executing the above command, we can observe that there is no value refresh display on the screen.

Next, run the code we want to test:

First, import the modules we need to use：

The specific code is shown below: 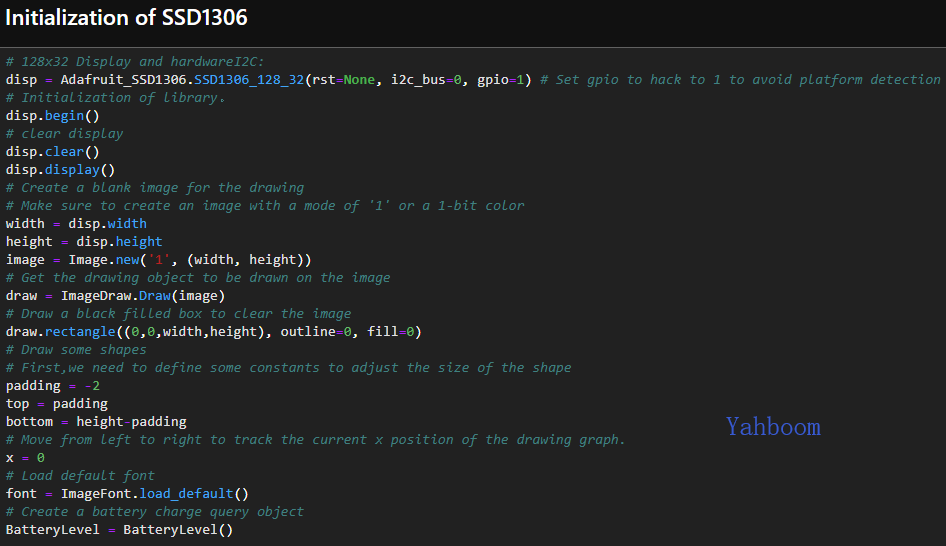 After running the above code, we can see that the display on the OLED screen is cleared, which means that our code is initialized for both the OLED screen and the battery query driver.

Next, we run the following code to start collecting Jetbot usage data in real time every second and refresh the display to the onboard OLED display. 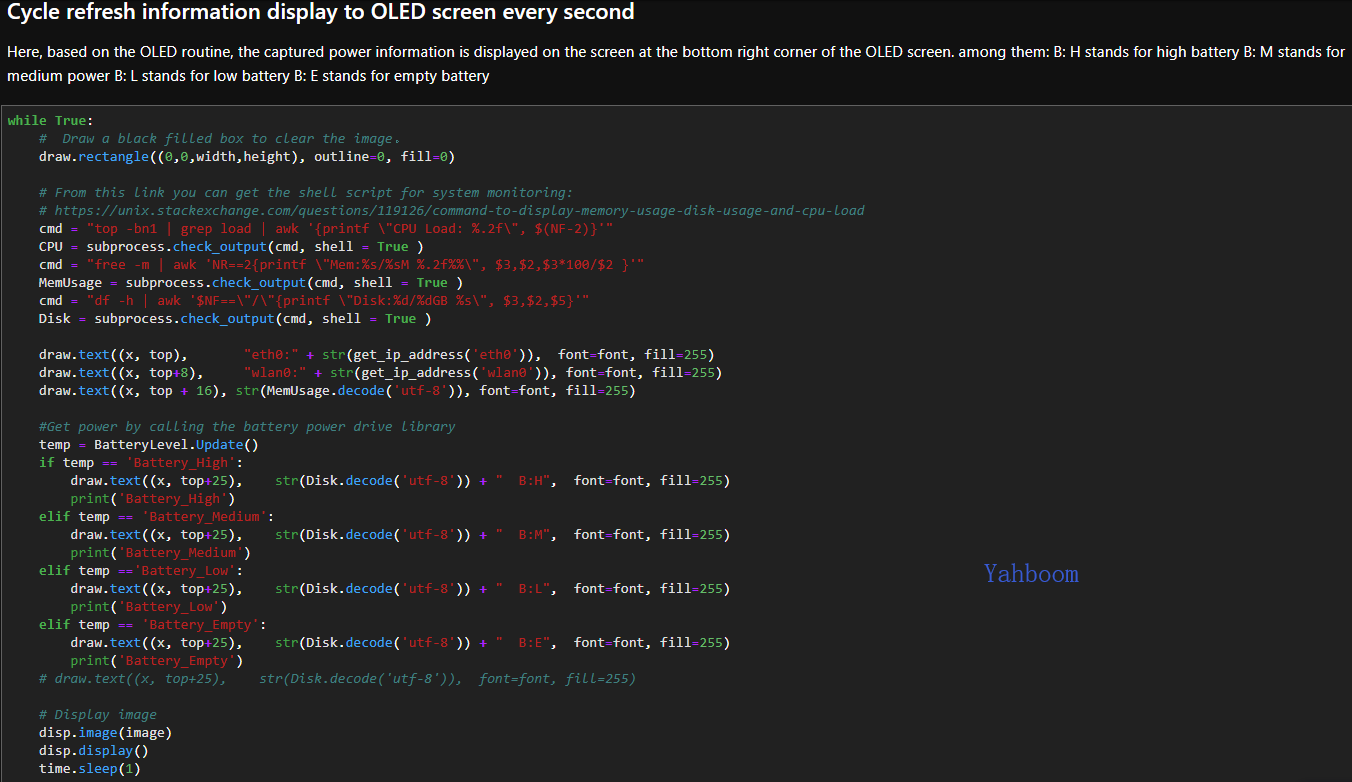