In this lesson we mainly learn how to use the music touch return, music button and RGB blocks of Yahboom piano expansion package.

By programming, we will realize the piano is played with lights and patterns.

Mode 1 online programming: First, we need to connect the micro:bit to the computer by USB cable. The computer will pop up a USB flash drive and click on the URL in the USB flash drive: http://microbit.org/ to enter the programming interface. Add the Yahboom package https://github.com/lzty634158/YB_Piano to program. 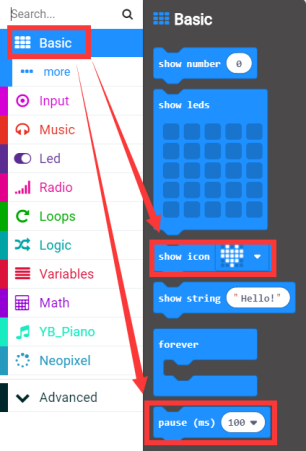 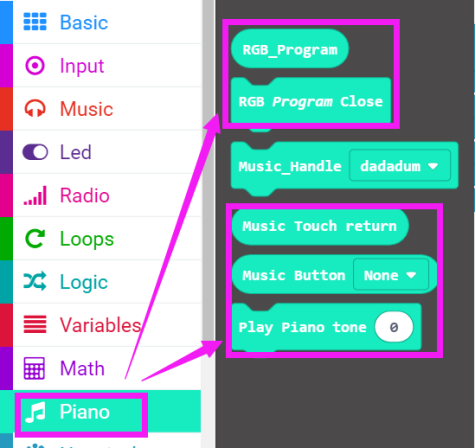 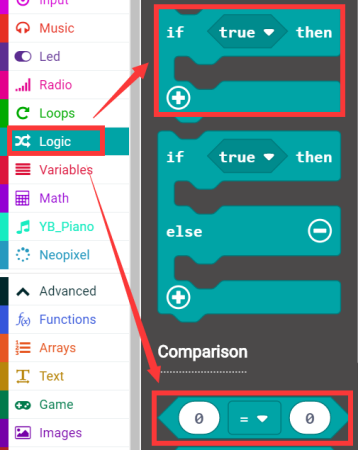 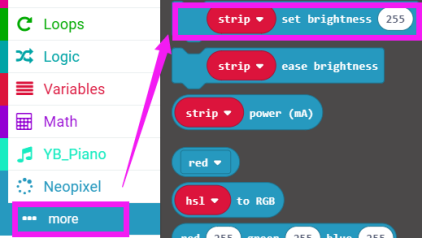 How to create a new variable： 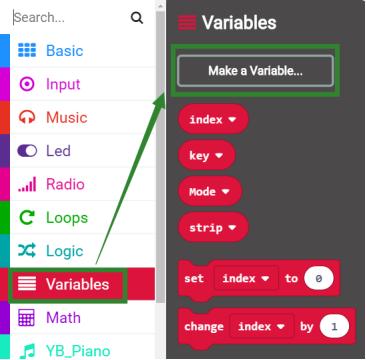 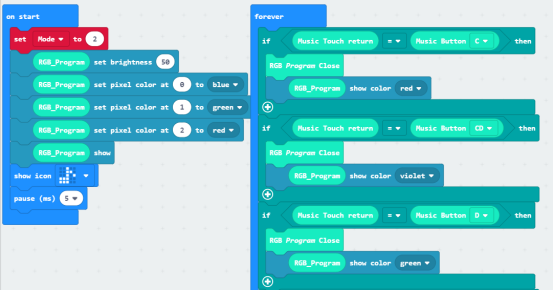 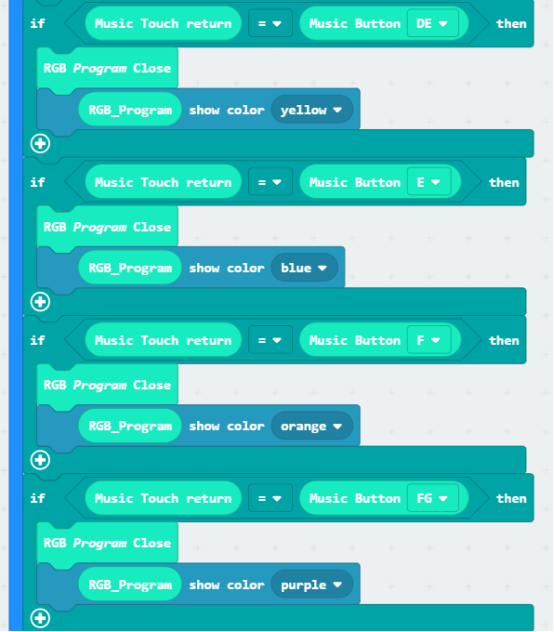 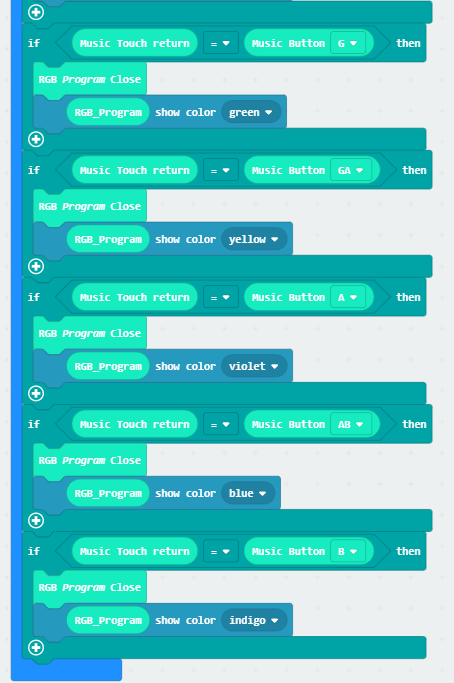 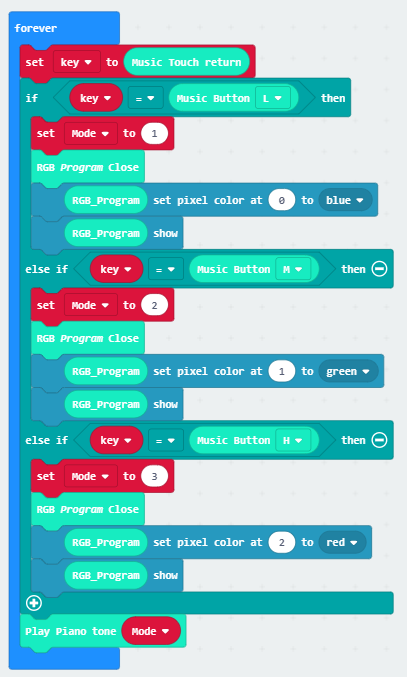 Mode=1 means that the low pitch is played.

Mode=2 means that the middle pitch is played.

Mode=3 means that the high pitch is played.

Mode is the variable name that the user can define, but 1, 2, and 3 respectively indicate low, medium, and high.

After the program is successfully downloaded, after the micro:bit piano is powered on normally.

As shown in Figure 1, the three RGB lights are respectively illuminated in blue, green, and red. At this time, the default tone is played.

As shown in Figure 2, after touching the H key, the third RGB light is lit red, and the pitch played by the piano is the highest;

As shown in Figure 3, after touching the M key, the second RGB light is lit green, the the pitch played by the piano is middle;

As shown in Figure 4, after touching the L key, the second RGB light lights is lit blue, and the pitch played by the piano is the lowest.

During playing, touch each key and the three RGB lights will display different colors of light.

As shown in the figure below, only the example shows: 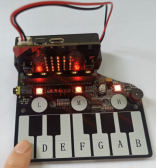 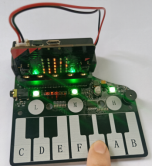 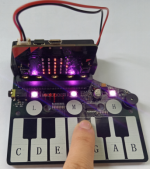 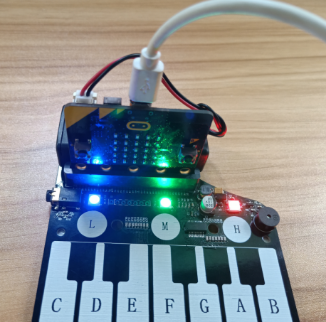 The code of the experiment:  3.Pianist_under_the_light.rar