We need two handles in this game.

First, we need to download the same program to both handles.

After the program is downloaded, we need to turn the power switch to ON, as shown below. 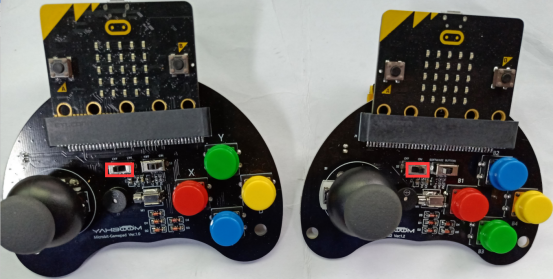 Then, the LED dot matrix screen of my two handles will scroll through the patterns shown below. 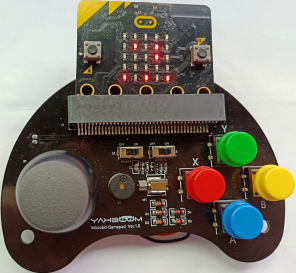 Next, we need to press the B1 button on both handles to start the game, we need to move the red dot by the rocker moving left and right to change the position of the red dot (bullet) below. Press the B3 to launch the red dot(bullet) to the LED dot matrix of the other handle.

B1 is the start button

B3 is the launch bullet button

Reset button is the restart button 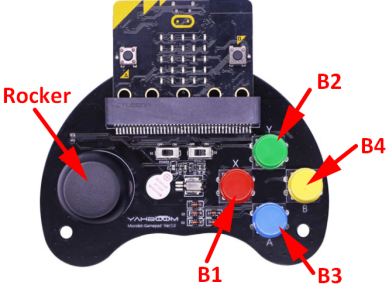 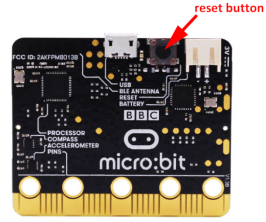