I/O port means interface for INPUT and OUTPUT. Up until now, we have only used its OUTPUT function.
In this experiment, we will try to use the input function, which is to read the output value of device connecting to it. We use 1 button and 1 LED using both input and output to give you a better understanding of the I/O function.
Button switches, familiar to most of us, are a switch value (digital value) component. When it's pressed,the circuit is in closed (conducting) state. 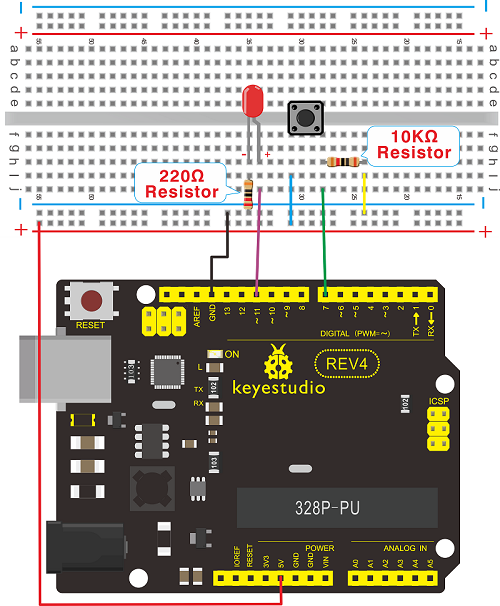 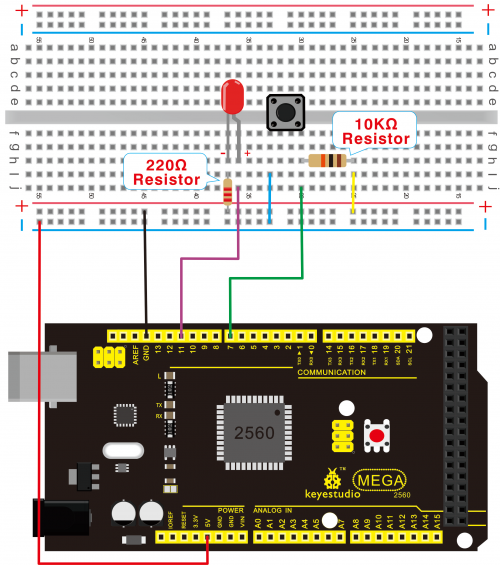 Now, let's begin the compiling. When the button is pressed, the LED will be on. Based on the previous study, the coding may be easy for you. In this program, we add a statement of judgment. Here, we use an if() statement.
Arduino IDE is based on C language, so statements of C language such as while, switch, etc. can certainly be used for Arduino program.
When we press the button, pin 7 will output high level. We can program pin 11 to output high level and turn on the LED. When pin 7 outputs low level, pin 11 also outputs low level and the LED remains off.

When the button is pressed, LED is on, otherwise, LED remains off. So the button controlled LED experiment is completed. 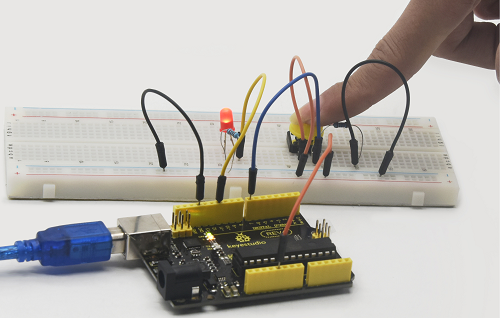 The simple principle of this experiment is widely used in a variety of circuit and electric appliances. You can easily come across it in your everyday life. One typical example is when you press a certain key of your phone, the backlight will be on.