This lesson learns to use Python programming to make the water light slowly turn off and to achieve the effect of breathing light.

import neopixel is means to import the neopixel library function, first let the robot display a smiley face, then define the pin of the flow light as pin16, the number is 3, iterate between 0 and 255, and display in the water lights. np[pixel_id] = (num, 0, num) means that the purple color is displayed, and their brightness values are superimposed from 0 every 10 milliseconds to stop at 255.

1.You should open the Mu software, and enter the code in the edit window, , as shown in Figure 13-1. 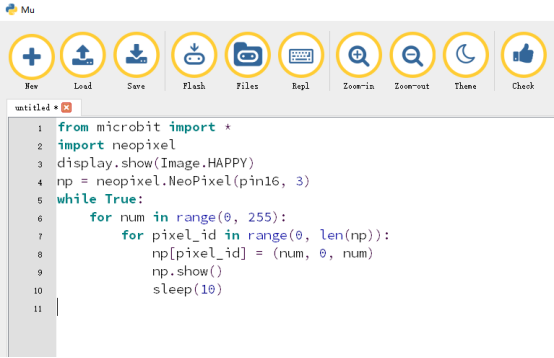 2.As shown in Figure 13-2, you need to click the Check button to check if our code has an error. If a line appears with a cursor or an underscore, the program indicating this line is wrong. 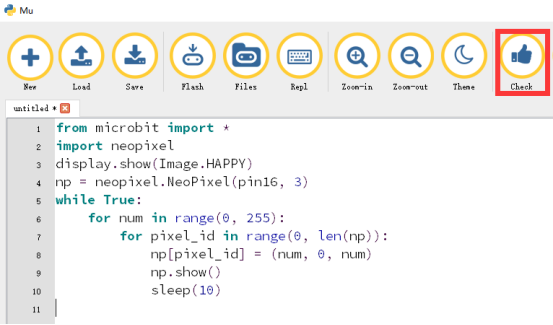 3.You need to connect the micro data cable to micro:bit and the computer, then click the Flash button to download the program to micro:bit as shown in Figure 13-3. 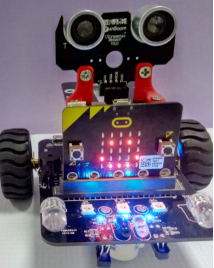 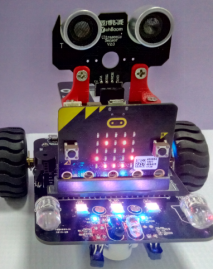 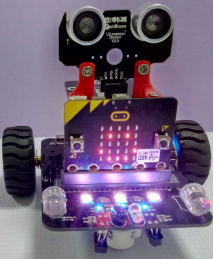 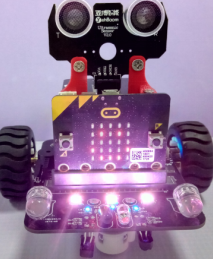 The code of the experiment: 13.Colorful breathing light.rar