1.Start up mode of Raspberry Pi and system image

Raspberry Pi board without on-board FLASH. It supports SD card boot, we need to download the corresponding system image,and burn it on the SD. When the Raspberry Pi is connected to the power supply,the system can be started. (This  system image include: bootloader, kernel, file system).

In the development of the Raspberry pi 4WD robot car, we will use Raspbian operating system. 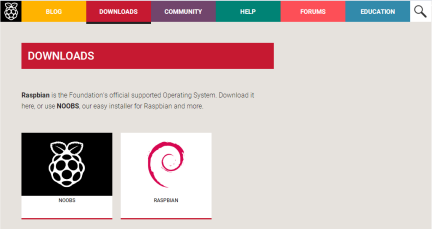 You can also use our system image directly.

3.How to write the Raspberry Pi system image

1. You need a SD card with more than 2G and card reader，above Class4.

2. You need to use a tool to write the Raspberry Pi system image：Win32DiskImager.zip

(Note : This software in the Tools folder) 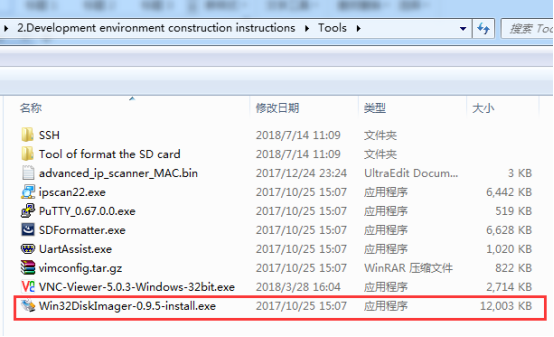 You can double-click and install it by following the steps below. 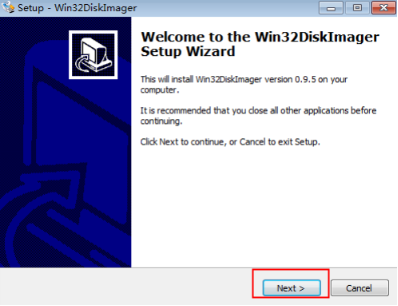 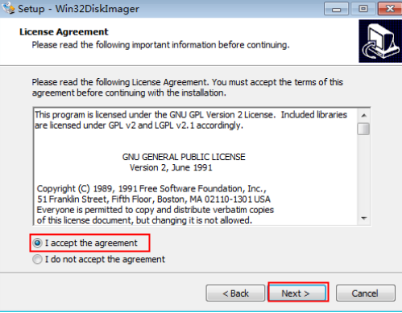 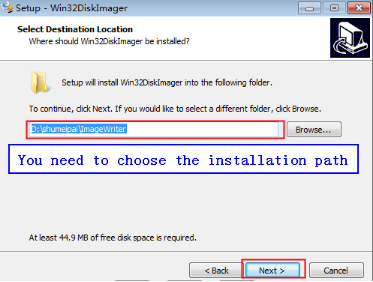 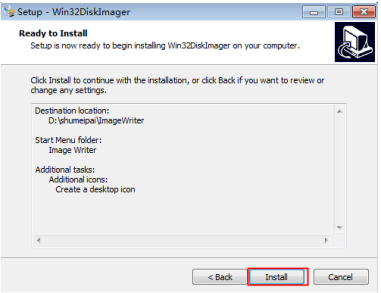 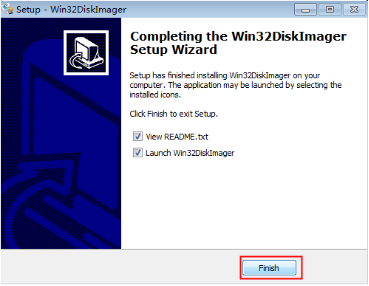 Finally, the following figure appears on the desktop, installed successfully. 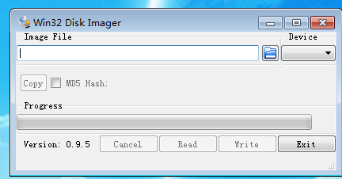 Before writing the system image, you need to format your SD card. You need to connect the SD card to the computer with a card reader.

You need to use a tool to format the SD card：SDFormatter.exe

(Note : This software in the Tool of format the SD card folder of Tools folder)

1.You need to extract the downloaded system image compression file to obtain the img image file by winRAR software. As shown below. (just for example) 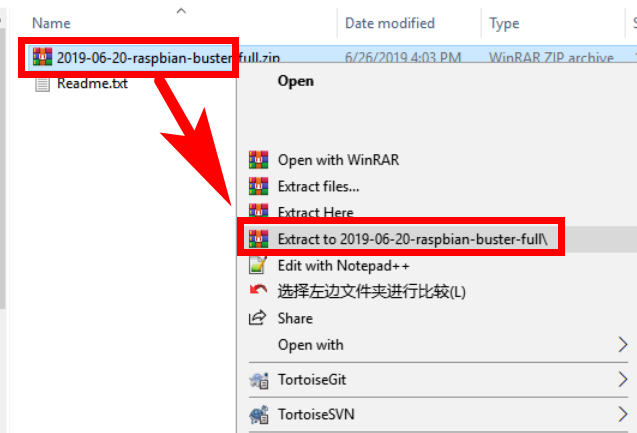 2. You need to connect the SD card to the computer with a card reader.
3. Running the Win32DiskImager-0.9.5-install.exe .
4. You need to select img file in the software, select the SD , and then click"Write". As shown below.

5. After the write is completed, a completion dialog box will pop up. If it is not successful, you need to turn off the software such as firewall and re-insert SD to write. You will see that SD possess only 74MB capacity, which is normal, because the disk partition in the linux can not be seen in the win! 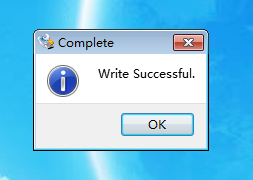 After the above steps, the system image of the Raspberry Pi has been written into the SD card successfully .