This 7-inch standard display is a capacitive touch screen that supports touch control. It supports standard HDMI interface input. It needs to connect to Raspberry Pi by USB cable and HDMI cable. HDMI cable is used to display and a USB cable is used to touch. As the same as the 5-inch resistive screen, it also supports backlight control alone, the backlight can be turned off to save power. The difference is that this 7-inch screen possesses a larger interface, easier to use and better visual effects. 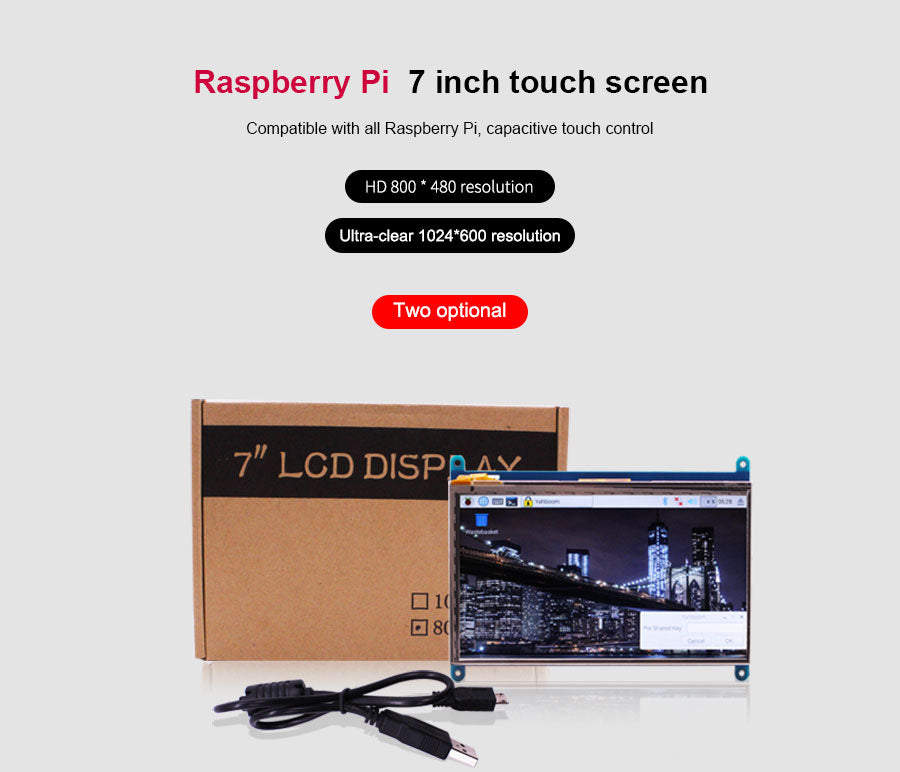 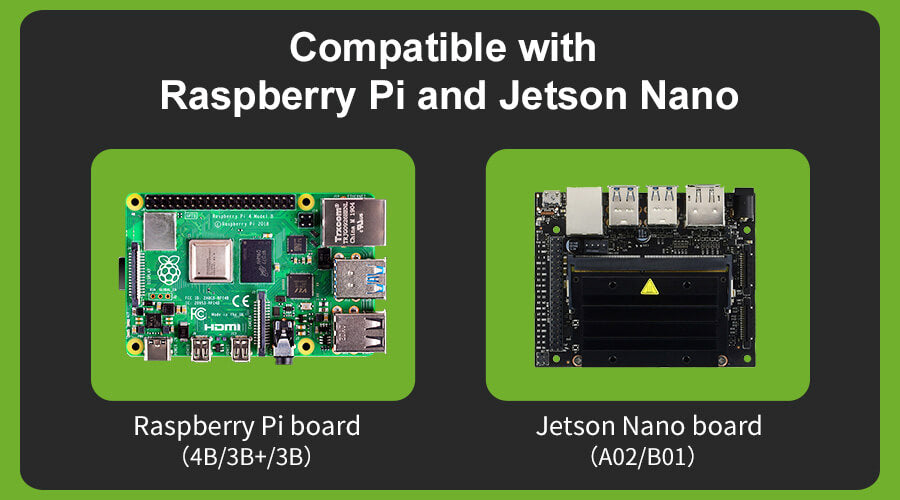 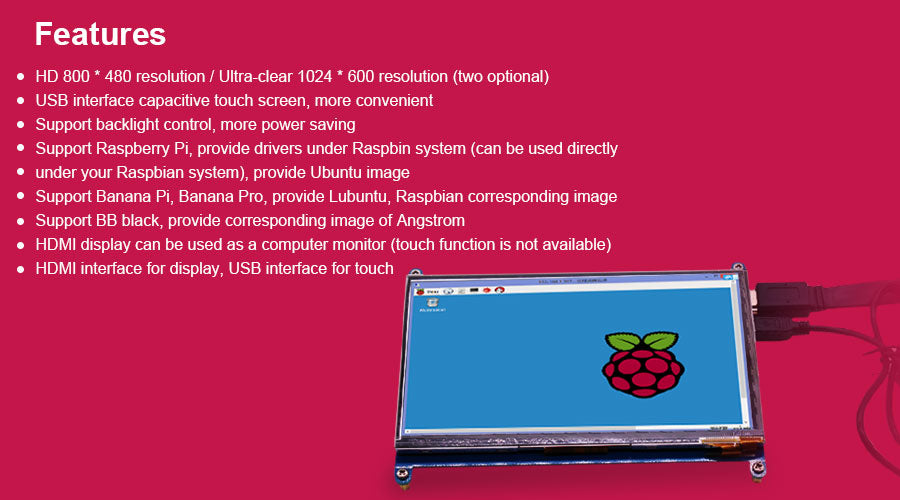 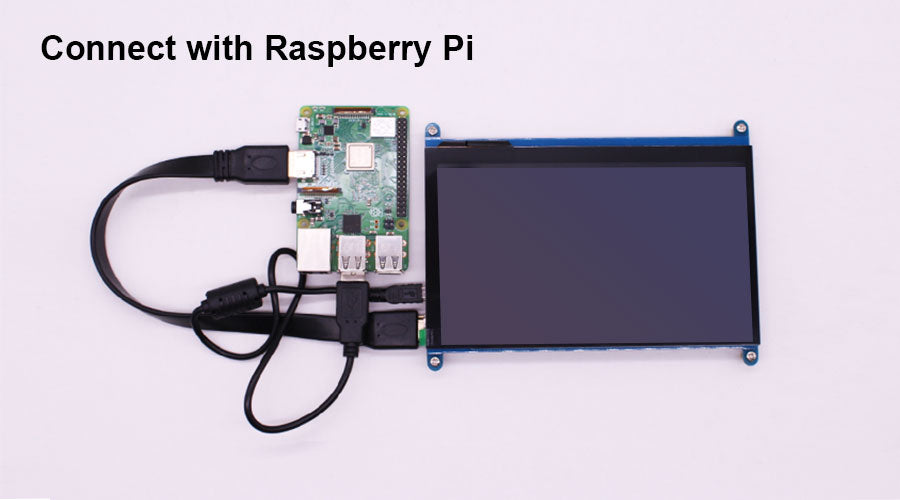 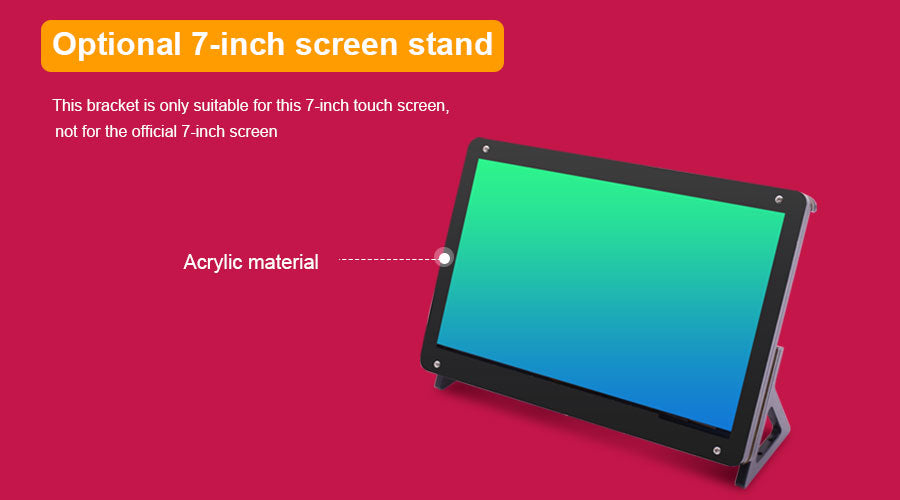 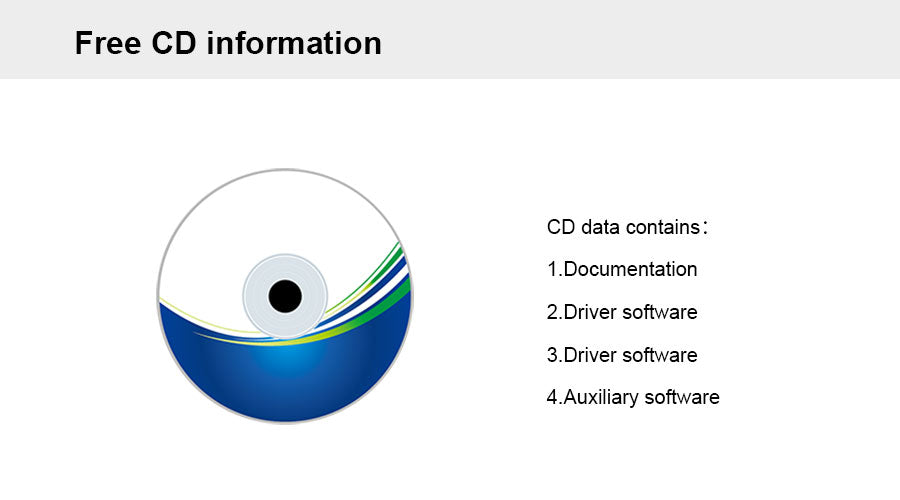